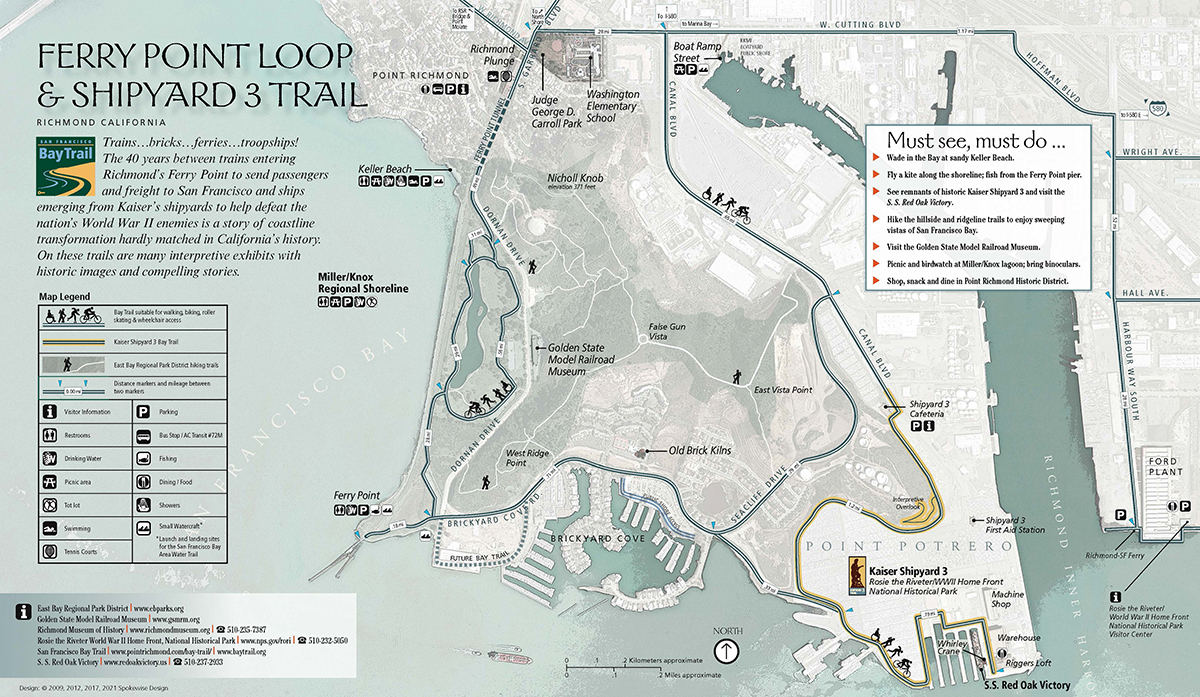 Download a detailed pdf version of the map. (2 mb)

Trains … bricks … ferries … troopships: the 7.1-mile Ferry Point Loop and linked Shipyard 3 Trail represent some of the most historic and scenic sections of the San Francisco Bay Trail.

Shipyard 3 is the only place where WW II ship building facilities remain in the U.S., i.e. six buildings and five dry dock basins. as well as the S.S. Red Oak Victory and a Whirley Crane used in the Kaiser shipyards. It includes overlooks from a hillside above the Point Potrero Terminal as well as the historic ship basins with engaging exhibits interpreting Shipyard 3’s role during WWII.

On May 31, 2015, the City of Richmond celebrated completion of the Ferry Point Loop Bay Trail on its lands. However, a 0.5-mile shoreline section of Bay Trail remains to be built around the City’s Terminal One property from the end of Dornan Drive looping back to Brickyard Cove Road. This will be built as part of future development on the site, which is zoned for residential use. 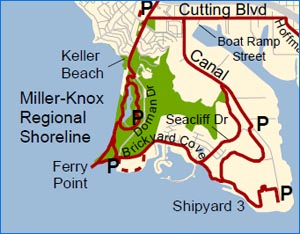 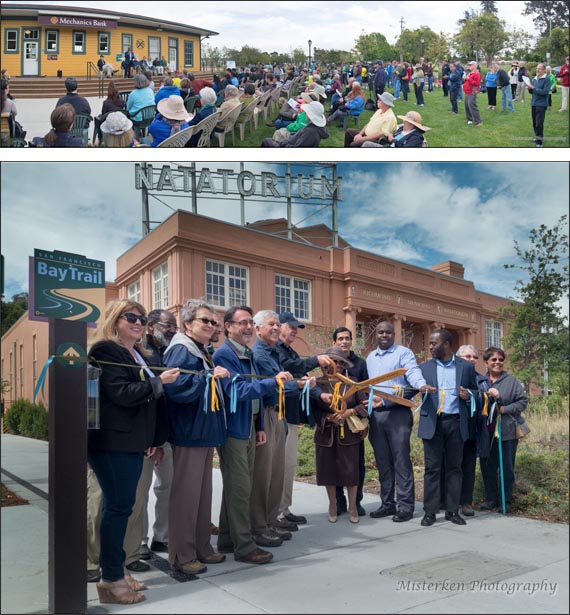 Photos above of the Ferry Point Loop Opening by Ken Osborn

On July 2010, East Bay Regional Park District’s (EBRPD’s) Board of Directors appropriated $1,177,000 of Measure CC funds for capital improvements in Miller/Knox Regional Shoreline to “remove tracks, fencing and re-grade railroad right of way to provide public access from the park to the Bay and to Keller Beach, as well as to renovate the meadow area and remove silt & vegetation to keep the lagoon healthy”. However, opposition from Burlington Northern Santa Fe Railroad blocked the project to move the Bay Trail from the lagoon to the western shoreline of the park on land the District bought from Atchison, Topeka and Santa Fe Railroad in 1992. Litigation filed by EBRPD resulted in a favorable ruling by Contra Costa County Superior Court in late 2019. Hopefully, EBRPD soon will start planning for construction of the Bay Trail on the mile-long western shoreline of Miller/Knox Regional Shoreline park.

Bicyclist traffic through the Point Richmond Historic District increased greatly with opening of the Richmond San Rafael Bridge Trail and the Richmond San Francisco Ferry Terminal in 2019 accompanied by protected new two-way bikeways on Garrard Blvd. and Ohio St. providing a linkage with BART stations via the Richmond Greenway.  The City of Richmond has secured grant funding to make Ferry to Bridge to Greenway Plan pedestrian and cyclist safety improvements through the Point Richmond Historic District between Cutting Blvd. and the Castro St. approach to the Richmond San Rafael Bridge Trail. This $447,000 project will be funded primarily by Surface Transportation Mitigation Program funds provided by West Contra Costa Transportation Advisory Committee and a CA Transportation Development Act grant funded by the statewide general sales tax. The project will widen sections of sidewalk, complete the protected two-way bikeways and Garrard Blvd. & Tewksbury Ave. and improve bus stops.

A beautiful day at Miller/Knox Park 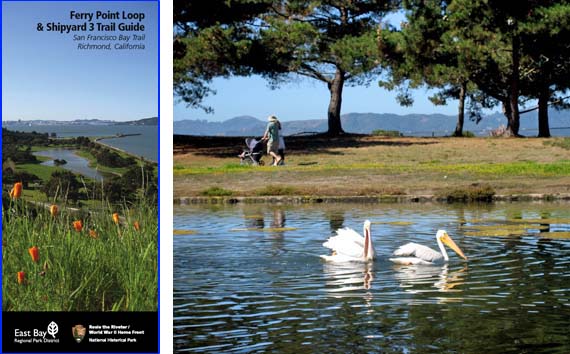 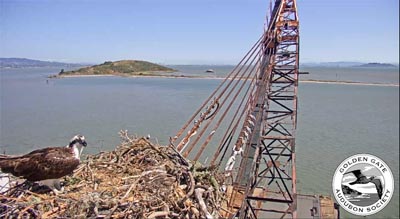