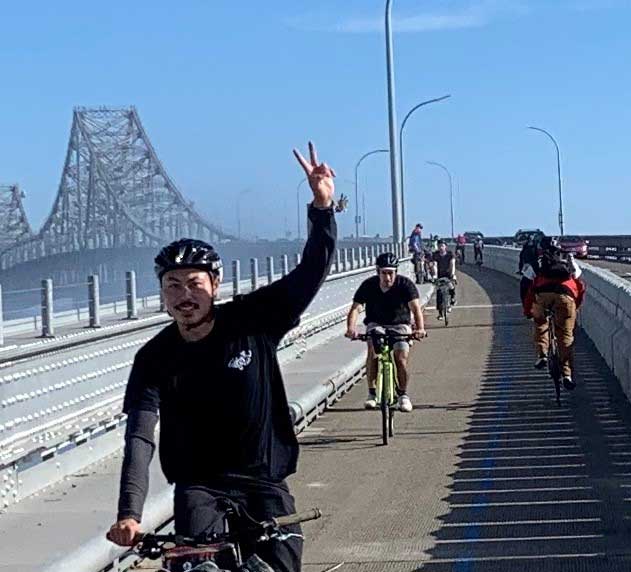 The City now has 36 miles of Bay Trail, representing 10% of the existing 356 miles of the planned 500-mile walking and cycling path encircling San Franciso and San Pablo Bays. Despite having more Bay Trail completed than any other city in the nine-county Bay Area, 6.4 miles of gaps remain in Richmond as shown on the map on the last page of this report.

The City started construction in June to close the spine of the Bay Trail gap between the Dotson Family Marsh Staging Area and the Richmond Parkway. Th s means that for the fi st time the Bay Trail will connect Point Pinole Regional Shoreline with Richmond’s residential areas, as well as San Rafael via the Richmond-San Rafael (RSR) Bridge Trail. Point Pinole also will be linked with Berkeley, Emeryville and Oakland – even Yerba Buena Island – thanks to East Bay Regional Park District’s recent opening of the new Bay Trail section between Buchanan St. in Albany and Gilman St. in Berkeley.

The City and East Bay Regional Park District (EBRPD) each have received and applied for more grants to build sections of the Point Molate Trail spur north of the RSR Bridge. Shea Homes installed new orientation, wayfi ding and interpretive signs along the trail as part of the Waterline residential housing project.

The Bay Trail’s popularity soared under COVID-19 restrictions as an excellent place to refresh the mind and exercise the body with adequate width for social distancing. There have been over 56,000 bicycle trips across the RSR Bridge Trail since the opening day on November 16.

During the past 45 days, daily bicycle trips have averaged about 570 on weekends and 240 on weekdays. Th s is about the same as the east span Bay Bridge Trail on weekdays, but 34% higher than the Bay Bridge on weekends. Pedestrians seem to represent about 10% of users, although counters aren’t operating yet. The RSR Bridge Trail is a four-year pilot project. Trail use will be pivotal in deciding whether the trail remains open and when it will be open after the end of the pilot.